A Message For Our Times

It's da night before Xmas, and on da cell block ,

Bernie 'n' me, shut up high on third tier,

Da same as we been for t'ree friggin' years.

Da rest a da cons was passed out in dere racks

And Bernie wit' his ear plugs, in da top bunk

An' me down below gettin' into a funk,

When from da air vent dere arose such a grumble,

I pulled out my shank and got ready to rumble.

Away to da bars I put dem to my back,

He pulled out his earplugs den stood next to me,

When, what to my wondering eyes should behold,

Da smoke didn't smell much like fire or gas

An' da bull didn't notice da smoke when he passed.

Da smoke made a column, Bernie climbed up da wall

Den the smoke got real solid and started to crawl.

I was goin' to shout to rack open da gate

When da smoke said to me, "Louie, it's getting late." 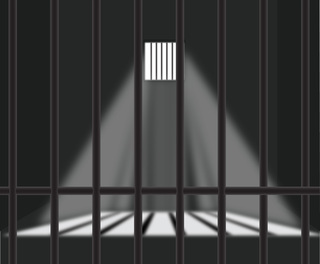 I thought goin' to Hell was just an old fraud,

But here was Old Nick, all smoky and black

To take Louie out, an' he ain't comin' back.

Den da smoke it turned red, and me, like a jerk,

Said, "In Hell ya tink a guy like me can find work?"

Da column of red shaped itself into a man,

A red suit, white beard, but he was slender and tan.

"Dere's not much work in Hell," he said wit a smile,

"The place is full up, the way it's been for awhile.

"As for work for you both, I need you right now,

"I'm way behind schedule," and he wrinkled his brow.

"With fires and riots, thugs looking for fights,

"Lots of folks now won't even put up their lights.

"I can't leave kids' presents out there on the porch,

"What doesn't get stolen will be put to the torch.

"Chimneys are few, houses sealed up all tight

"Everyone has guns and are itchin' to shoot

"Dere's no time to place presents, only to scoot.

"I've armored the sleigh but I can't shoot them back,

"They came at me with clubs once and left me for dead,

"As near as I can tell it's cause my hat was too red.

"I've robots for reindeer, an elf who's a rookie,

"And now my physician says I can't eat da cookies.

"Louie, I must tell you, if I can't pick up some speed, 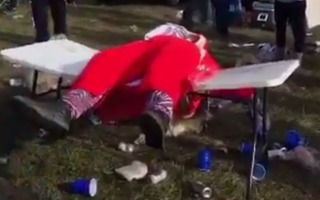 "We could help speed tings up and keep youse from harm,

"Bernie he does the locks and I do alarms."

Santa only needed us to work Xmas eve,

And he got us some papers so we could both leave.

Den Bernie makes a crack about bringin' his pills.

"Tink about dis," I said leanin up 'gainst his rack,

"All da stuff we done stole, now we can put it all back."

So, wit his two new helpers, Santa picked up his speed

All da kiddies and peoples'll get what dey need.

And when we screw it up, trip, or break the wrong beam

The thugs and attack dogs come for Santa's new team,

You'll hear the sleigh's speakers as to its safety we make, say,

"Merry Christmas to all, and lighten up for Christ's sake!"

For those who wish to write the best stories of which they are capable.
The Write Stuff
Everything I know about writing worth passing on. In this work, step-by-step, I show what I did. From that it is intended that writers form their own paths toward producing their art.