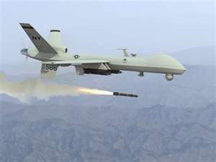 One compensation of being disabled by an illness is more time to think about stuff about which one normally ignores. For this illness, the thoughts have been drifting toward the changing definitions of important words brought about by advances in technology. As the definitions change, so do the concepts the definitions attempt to represent.

For example, the word "Friend." Dictionary definitions for this word have always been lame. I like the "Someone who knows the worst about you and loves you anyway; someone upon whom, for that love, you can depend on and trust; someone who wishes only the best for you." By this definition, twenty years ago I had perhaps three friends. Then came Facebook and GovSpinSpeak.

According to Facebook, I now have 375 "friends." My, how fortunate. But that only scratches the surface. The current administration in Washington (and the previous one, as well) tells me that Pakistan is our "friend." For the former, "friendship" is defined as clicking on the blue "confirm" box. This is called "friending." For the latter, "friendship" is defined as paying the government of Pakistan wads of money to keep secret that they harbor our enemies and support our enemies. In other words, it would be "unfriendly" for Islamabad to go public with these facts.

Lets consider my 375 Facebook friends. I don't know who among them knows the worst about me. They would have to read a number of my books (namely Sea of Glass, Saint Mary Blue, Enemy Mine, The Hangman's Son, and Yesterday's Tomorrow) and do some challenging deduction. If they did that, however, they would know the worst about me. Would they, then, love me in spite of my worst?

To be honest, there are only a handful of my Facebook "friends" who I can say I know have read the aforementioned works. The subject of love--well, now we're back close to my original number.

Every once in awhile I manage to respond to an honest feeling, or send one and have it strike a receptive heart, but mostly social networking is illusion on the grand scale. Do you think I have 375 friends or 900 followers? In a time when the human race is in dire need of reality, don't let the siren call of numbers based on words detached from their definitions eat up your time and feelings.

Friends know you. You can depend on them and they can depend on you. Followers actually follow you and what you do. If you write, they read your stuff, as well as your tweets. If you act, they go and see your plays and motion pictures. If you are a political activist, they understand what you seek and why you seek it and will raise your banner.

Should you come at me and smugly say, "I have over 3,000 friends," what I will hear is "Pity me. I am so berift of genuine human companionship, I actually depend on the existence of my Facebook "friends" to prop up my fantasy that I really am a part of the human race."

Facebook and Twitter are entertainment and marketing tools of ever-growing importance. They are not friends nor family. Look to friends for friendship, and for followers? Well, if you really do have thousands of true followers, beware: The Predator Drones are looking for you.
3 Comments

I have known you since your first works, and have spent endless time debating stuff as inane as why a three fingered Drac would have five Names to their house. I know way to much about you,since you've published Yesterday's Tomorrow. You have helped by proofing my letters for interventions for family member and friend. I too believe the "friending" verb is shallow. I have many requests form people that I have not met personally. I have "friended" a couple because or interests and mutual friends are many, but try to strictly "friend" acquaintances and friends I have truly met. I have many people sneer at my meager 94 friends, but I say but they know me, and I know them, I have met most of them and had actual conversations with them. The Sneer then becomes justification, that I then don't know what social media is all about. I can live without monster numbers of friend on my page. I'd rather be able to point at that list and say these are my friends without lying to myself.

I just spent an amazing amount of time typeing my feelings on this subject and decided to delete it because it left me feeling to vulnerable to put it out into the world....... Glad I know you and I can not wait to get the call from my local book store telling me my copy of Sea of Glass has arrived, can not wait to read it!!!!! The reasons being because I know you, like you, and love your work.

Sad to say, for I love bookstores, the quickest and least expensive way to buy copies of my books is through the Internet, beginning with my site's Buy Books Page. It's getting to be an Internet economy and trying to get bookstores to stock works more than a year or two past publication, if the author is less than superstar status, is next to impossible.