"I'm so mad I can't write," and other distractions 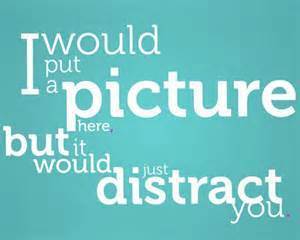 Squirrel! . . . .
I was angry, then depressed, despairing for the sanity and freedom of my country. That kind of stuff is a loud horn next to the whisper of the story muse. It dries up the writing. What was it all about?

The neo-brownshirts managed to violently prevent another speaker from being heard at another college campus. Anyone with a love of the First Amendment, particularly writers, would look upon such occurrences with alarm, one would think—or, at least, I thought. One would think wrong, however. If the speaker getting pepper sprayed is politically to the right of Roger Moore, then there is no cause for alarm. If the students and ticket holders to the event came to hear such a speaker, then beating them, hitting them with pepper spray, denying them the words, and setting fire to the meeting place is okay to many persons in the media, commentators, the hoards on social media, and even some folks who at one time were rash enough to call me "friend."

I still have a lot of writing to do on my current project and can't afford to take time off to turn my crank and bleat my protests at the daily injustices I see before me. Words-per-day, every day, is the only way to get the book written. Still, I was hopelessly depressed and not writing anything until a tiny voice in my head said, "Don't waste it; Put it in the book."

My current project is a libertarian science-fiction epic in which, among many other things, violent forces attempt to shout down and beat down those with opposing views. It fit, what my character would do about it fit, and all of it fueled by my anger and despair? The scene began writing itself in my mind (I was on a treadmill). As soon as I'm finished with this post, I'm putting that scene into the story and tying it into the entire political matrix of the story universe. And I already know that scene will smoke.

Anger, fear, loss, disappointment, outrage, love, lust, obsession —it is all valuable story material, the kind that puts an electric edge on what you write. Listen to those little voices. they will inject life, meaning, and purpose into your writing. Don't tell your therapist about them, however. Word to the wise.
Read More
2 Comments

Feel that strongly about something? "Put it in the story." Sage advice. Recently had the chance to do something like that myself. Resulted in a book the completion of which had been hanging fire for nearly 3 years. And yeah, I dunno about the rest of the book, but that part kicked ass.

Absolutely write! Was at a writers retreat with friends last weekend and we said the same. It kept coming up in conversation and it was distracting. Politics was drowning our muse. So "put it in the story" shall be cry!