Tags: Never give up. Perseverance 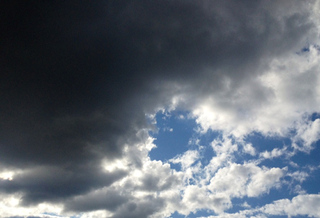 So, there I was about to continue writing on my opus, The War Whisperer. I was sitting in an easy chair writing on my Mini because I was just nearing the end of a really horrible cold and just completed a two month exercise with an infected tooth that concluded with getting a crown after a two hour plus session with my dentist the day before. I called up my current book within WW, titled "Black Satin," and almost got a word written when I heard a just barely audible alarm go off: "wa-wa, wa-wa," etc.

I checked my phone, my mini, my maxi, my battery backups for my computers, until the only thing I hadn't checked was my Implantable Cardioverter Defibrillator (ICD), the gadget that does pace making, reorders my heartbeat so that it beats more efficiently, makes a try at gently moving me from V-tach into sinus rhythm during an episode, and hits me with the paddles at full blast if the V-tach episode goes on longer than twelve seconds. The wonders of modern science.

Yet one more wonder, my ICD has a telemetry unit through which I can download all current performance data to my cardiologist. Every so often, in the middle of the night while I'm sleeping, this device can sneak in and talk to my ICD getting it to blab all. That was how I found out that my heart had been in A-fib for three days, which is a tale for another time.

One of the things I can do with my telemetry unit is initiate and send down a reading if I think something might be awry. Since I thought the alarm might be coming from the ICD, I sent a strip down to my cardiologist and returned to the Mini to continue with the story. I had almost gotten a word written when I got a call from the cardiologist's saying, in essence, "How quickly can you make it down to the Maine Medical Center emergency room?"

It was a ninety-minute ride to Portland made in somewhat less than ninety minutes. There was no one in the ER waiting room. I had my Mini with me and had almost gotten a word written, when my name was called. The rep from my cardiologist and a tech from my ICD manufacturer let me know that one of the three leads going from my ICD to my heart had fractured and was sending false WNTSTBRN (We Need To Shock This Bastard Right Now) signals to the computer. The manufacturer knew about this problem and had upgraded their ICDs with a MMN (Maybe, Maybe Not) circuit to argue with stuff carried by the fractured lead (if it fractured, which in this case was not a wasted effort).

Back to the Mini, and I actually got a couple of words written when my cardiologist showed. Options were to run a good lead alongside the fractured lead, little risk. or remove the fractured lead and replace it. Removing the lead is riskier because the lead adheres to the blood vessel wall and needs to be carved loose before it can be extracted. The laser cutter that does this work sometimes cuts through the blood vessel wall which means immediate open heart surgery (but only 1 in every 200 cases). We decided on option one.

So, the next morning with no food, I returned to the story in between blood suckers, people shaving me, etc. The story problem was this: I have a high school kid named Tex who is in a secret CIA school for assassins in Maine. He had just shared with his housemates how he had arranged the death of another student (bully who had stolen his watch), and it was a really cool web of circumstances that resulted in the object of Tex's ire actually, but unintentionally, killing himself.

Now Tex is sharing how he got into Black Academy, which takes nothing but orphans, and I needed a really neat way for Tex to kill the three men who made him an orphan by killing Tex's parents. Before I came to an answer to that problem, I was full of drugs and being cut on.

There was not enough room in the blood vessel for an additional lead, so I was sewed up and scheduled for a second operation two days hence in the same hospital. I ate and returned to Tex's revenge. It was a tough problem. Tex was only eleven when he ran away from the orphanage to find and kill the three men who had killed his parents. I did some editing, some rewriting, then the day before the riskier operation was to take place, my cardiologist visited and he was angry, but not at me.

It seems the riskier operation requires a heart surgeon and separate operating room standing by just in case the patient pops a laser leak and needs to be cracked open. Well, it seems that the heart surgeon who had agreed to do this had backed out of the operation without telling anyone. And they couldn't get another surgeon to take his place because the fellow also rescheduled the operating room for something he wanted to do, also without telling anyone. It was a good thing my cardiologist didn't have a scalpel in hand just then. He had to make some calls and I returned to The War Whisperer.

Time passes and I'm still grinding on Tex's problem, when the word comes down to me that my operation had been rescheduled two days hence in Boston. A day of editing and pacing around the hospital corridors plotting three vengeance killings and getting nowhere.

The night before the operation, I was strapped into a stretcher, put in an ambulance, and in between the freezing rain, flooding, and potholes, I didn't get much writing done. In the hospital room, dead tired, IVs taken out and replaced ("The surgeon likes at least one IV on each side,"), blood work, going over medications, "Ever been hospitalized in the past six months?"
"Are you kidding me?"
And so on.

Awake, no food, but Mini awaits. I go over the entire Black Satin part of the book leading up to Tex's sharing session, did a lot of rewriting, but once again ran up against the wall of how eleven year old Tex got his revenge. Prep time and they shaved everything from my knees to my Adam's apple, prepping me for open heart surgery, which was necessary just in case. Scary all the same. I've had open heart surgery before, and it was not a time for chuckles.

So, into prep, a bunch more questions, the cast introducing themselves, a squirt of drugs, then I finally figured out how Tex would get his revenge. It had been sitting right in front of me the whole time. Perfect. The only problem was that I was unconscious and on a drug that has you forget everything on purpose. To this day I wonder if the expletive I issued was audible to the operating room crew.

I remember the recovery room. A little of what it looked like, nothing about who was there or what went on. That and how Tex got his revenge! I remembered it!

Up in my own room, as soon as I could sit up without falling over, hug and kiss the mysterious Regina, and get my eyes pointed in the same direction at the same time, I wrote that part of the story left handed with my right arm in a sling and on pain meds that would make an early rewrite a necessity.

So here I am, after several days of essentially sleeping and resting, back at writing and doing so on this blog. Why? The experience illustrates probably the most important writing quality there is: Perseverance.

Ideal writing conditions, at least for me, are rare. Health problems, interruptions, calls of nature, more interruptions, dog pukes, toilet gets plugged, convention appearances, a reading at a book shop, or this and that, and so on. You can wring your hands at these events or write. Only the latter gets words on the paper.

That's quite a story, Barry. You are a tough guy, I can see that! Best wishes for a full recovery and a persistent 2015 of writing.

(I am working through your SF workshop book 1 at present. Good stuff.)

Great Information sharing .. I am very happy to read this article .. thanks for giving us go through info.Fantastic nice. I appreciate this post.
Apa Essay Format